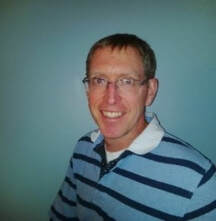 President - Brent Nicolle
Brent has been a member of FirstU since 2004, together with his wife Alison Harvey. They have two children, Patrick (16) and Tristan (13).

Brent has volunteered at the church for over 10 years working on the Religious Exploration programme for kids of various ages, as well as on the Stewardship Committee and the Pledge campaign. Professionally, Brent is a self-employed software quality consultant, and has a B.A.Sc. in Computer Engineering.   In his free time, Brent enjoys playing soccer and bridge.
Send an email to the President 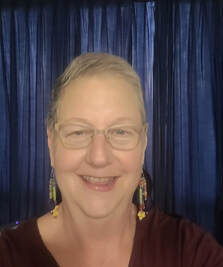 Vice-President - Mary Ella Keblusek
Mary Ella and her husband Andrew Drake began attending FirstU in late 2018 and became members in spring 2019. She has served on the Finance Committee, the Ajashki Project Team, Ministerial Search Committee, Committee on Shared Ministry and the Communications and Outreach Committee. During COVID, she focused on helping the congregation make a rapid and successful transition to the Zoom platform, which led her to co-create FirstU’s Zoom Trivia night.

Mary Ella has a B.S. in Computer Science / Mathematics from Vanderbilt University (Nashville TN), a Master’s degree in International Service from American University (Washington DC) and an MA in Conflict Studies from Saint Paul University (Ottawa ON). Her professional career has been varied and eclectic, and she has worked in Nashville, Tampa, and Seattle. She currently works at Initiatives of Change Canada, a non-profit organization. 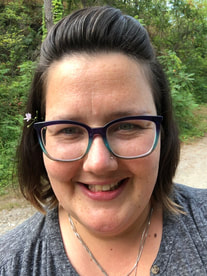 Secretary - Amy Berube
Amy Berube has been a Unitarian Universalist for twenty years. After growing up in a secular household, she was amazed to find out there a religion without a specific dogma on an unrelated internet forum. She looked up UUism in Ottawa, and the rest is history. Currently, she greets, does sound for services and is a member of the personnel committee. Last year, Amy was on the search committee. In the past, Amy describes having done a little bit of everything: RE, youth group, choir, OWL and was a member of the young adults. She even sometimes plays with the UU bridge club, but is very rusty.

Professionally, Amy is a French teacher with the Ottawa-Carleton district school board. She has two children: Mila, who is three, and Evan who is 18 months. Amy also sings with "In Harmony, a women's choir". 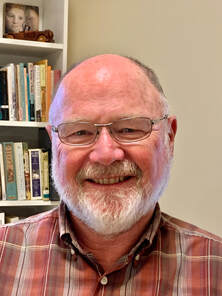 Treasurer - Phil Nagy
Phil Nagy has been a Unitarian for about thirty years, and has attended this congregation since moving to Ottawa in 2002.. He and his wife, Anne, have two children and five grandchildren.

Phil has been the Chair of the pledge campaign at the London (ON) Fellowship, and President of the Board at Toronto First. Here in Ottawa, he has been involved in refugee settlement and has served as Chair of the social justice committee.  He has been a worship associate and a greeter, and has been on a number of search committees.

​​Apart from Unitarian Universalism, he has served on the board of several non-profits. He is retired from the Ontario Institute for Studies in Education, University of Toronto. Member-at-Large - Caycee Price
Caycee has been Involved with FirstU for over a decade. She grew up in Montréal and came to Ottawa via Toronto in 2001. She started volunteering as an RE leader, is an OWL facilitator, and loves Spirit Play as a teaching method. She currently leads earth-centred Pagan rituals at FirstU, and sits on Denominational Affairs and the Embracing Diversity Committee.

Caycee works as a public servant, is a union representative, and likes to challenge hetero-normative assumptions and celebrate diversity. She is a parent and her hobbies include singing, learning Korean, cinema, and video games. 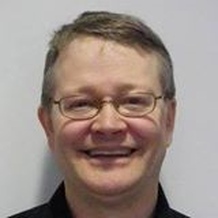 Member-at-Large - Carl Sonnen
Carl works as an Application Developer at the House of Commons. He is the former Executive Director of Job Quest of Metropolitan in Toronto--a self-help initiative to assist individuals with mental health challenges obtain meaningful employment. Raised Anglican, Carl switched to United, and then became a self-aware UU in his early 20s. He is well versed in religious texts of major world religions.

Carl has volunteered with the Canadian Institute of Child Health, the Royal Ottawa Mental Health Care Group, and the Ancoura Mental Health Residence Initiative. At FirstU, Carl has participated in the Sound Team, OWL, the Nominating Committee, and the UU Web Working Group. Carl currently chairs the Communications and Outreach Committee. Member-at-Large - David Chernushenko
David and his wife Marie-Odile Junker came to FirstU nearly 20 years ago, in search of a spiritual community and religious exploration programming for their children. They soon became members, and occasional volunteers. David has often contributed guest sermons and talks at breakfasts and arts events.

David served 8 years as an Ottawa city councillor (2010-18) with a particular interest in building better communities by design and a commitment to sustainable practices. He now writes fiction and leads discussion groups focused on our role in a changing society and deteriorating ecosphere, seeking ways to restore and collectively live within the ecological systems of the planet.
​Send an email to the Board of Directors